INDUSTRIAS AGROBIOLÓGICAS, S.A.- INAGROSA - was born in 1975 out of a fusion of the ideas of a Spanish scientist and the entrepreneurial flair of an engineer-cum- businessman who were looking to apply the scientific ideas and concepts of traditional biochemistry and the emerging science of biotechnology to products, drugs or services which could be beneficial to consumers and profitable for all under the guiding principle of a “neutral technology” 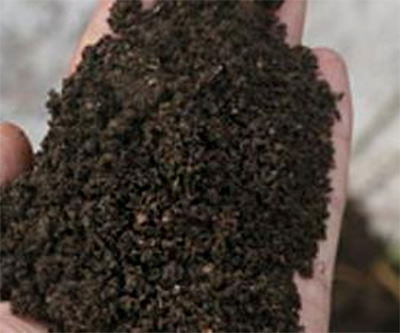 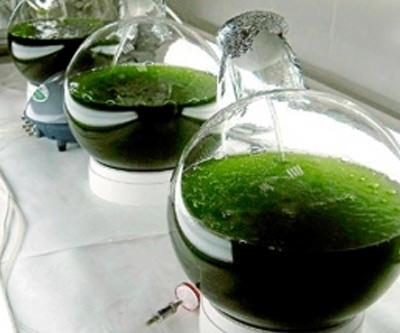 We are a company composed of 100% Spanish capital specializing in the production of the fundamental 20 L-amino acids by means of an original, in-house process through which we can obtain biologically active and stable oligopeptides and amino acids capable of penetrating the nucleii of cells acting like Extracellular Transcription Factors. The range of application of these products covers such fields as industrial microbiology (fermentation) through medicine (especially the Central Nervous System) to agriculture, dieting and cosmetics.

INAGROSA has concentrated mainly on the development and manufacturing of plant nutrition products (biostimulators and biofertilizers), correctors of deficiencies in microelements, biological fungicides, the cultivation of microorganisms and others under development. We have also developed and marketed dietary products for human consumption granting licences to pharmaceutical laboratorios.

INAGROSA's headquarters are located in Madrid with manufacturing facilities throughout Spain as well as in other countries in conjunction with local partners. Our Distribution Network is present in 32 countries apart from Spain.

Since its foundation, our company has maintained a commitment to protecting the environment. Consequently, all the products we are manufacturing or developing, by their composition, are eco-friendly and are recommended to correct the effects of phytotoxicity and the contamination of land by all types of pesticides, herbicides, etc.

In an effort to honour this ecological commitment, INAGROSA has developed a range of products (solid biomasses) for the regeneration of land contaminated by heavy metals or radioactive waste as well as a kit of reagents for transforming all types of organic waste (from sugar refineries, dairies, sludge from sewage treatment plants) into biological fertilizers.

From the beginning, our company has maintained a special drive towards its own research and development as well as maintaining close collaboration with some of the world´s top universities.

A summary of the work carried out between 1984 and 2008, contained in 170 scientific and technical reports, is featured on a CD-ROM which is readily available to all who request it. Specific reports may also be requested by simply filling out the forms which appear at the foot of each group or category.

Apart from these reports, the CD-ROM includes information about the technology and history of our company, the most important developments of which are explained below and in the year they occurred. After 2008, more than 30 downloadable articles published in international journals regarding tests carried out with INAGROSA products can be found in LIBRARY-PUBLICATIONS

Industrias Agrobiológicas S.A. was created in 1975 out of the fusion of the ideas of a Spanish scientist – the discoverer of an industrial process for obtaining amino acids by cellular synthesis – and a group of entrepreneurs, under the guise of “neutral technology” and with the formal purpose of transferring the ideas and concepts of traditional biochemistry and biotechnology to all our products, pharmaceuticals and services.

Inagrosa began to market actual solid biological fertilizers by incorporating the indigenous strains of selected microorganisms, these in turn stimulated for their growth with biologically active amino acids together with mineral elements and using a compound of organic materials as a support. The above was then subjected to a controlled fermentation, in purposely-designed fermentation chambers, for 36 hours. This process generated products with 520 billion microorganisms/grama spectacular result. 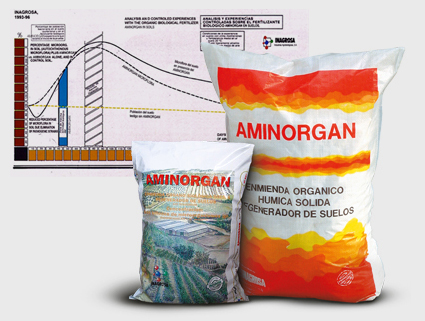 The first liquid bio-activator made with the 20 L-amino acids essential for life appears on the market: AMINOL FORTE.
This product will become the all-purpose commodity for our whole range of products and by adding to it phosphorus or potash, new formulations such as FOSNUTREN or KADOSTIM will occur.
Its rapid establishment in the market would later prompt the first regulation in Spain of the sale of amino acid-based products. 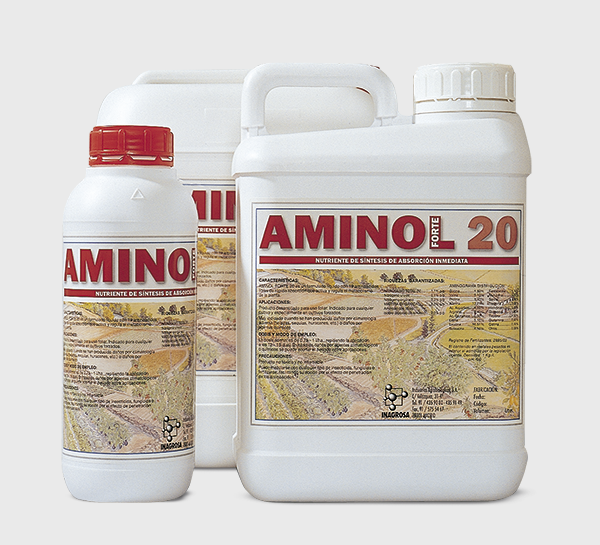 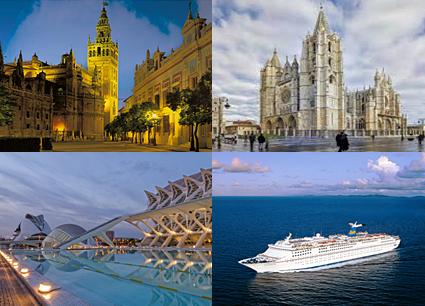 The first Inagrosa Convention took place in Valencia in 1984 and it would be the seed for all future conventions at which the company would demonstrate its technology and future projects to the world.
Valencia would be followed by León and the year after by a Balearic cruise where, for the first time, Inagrosa would highlight its projects for Pharmaceuticals and Medicine.
Then came Sevilla which was possibly the best attended of them all. It is worth noting that at all these events Inagrosa was supported by collaborators and guests from numerous universities as well as by national and international research centres.

1988 Inagrosa Commercial. For the first time ever in Spain, Inagrosa staged a TV commercial advertising fertilizers. This was a remarkable achievement at the time as it was aired in prime time during “Un, Dos, Tres Responda Otra Vez” one of the most popular programmes of the day.

The raw material originating the process does not derive from any specific material classified as high risk (MER) or is defined in the decision of the European Commission 2000/418/CE or in the Royal Decree (Real Decreto) 1911/2000 of November 24, 2000 (B.O.E. Saturday, November 25, 2000). This, and the fact that no hydrolisis occurs during the obtaining of amino acids, means that our process is virtually devoid of heavy metals. 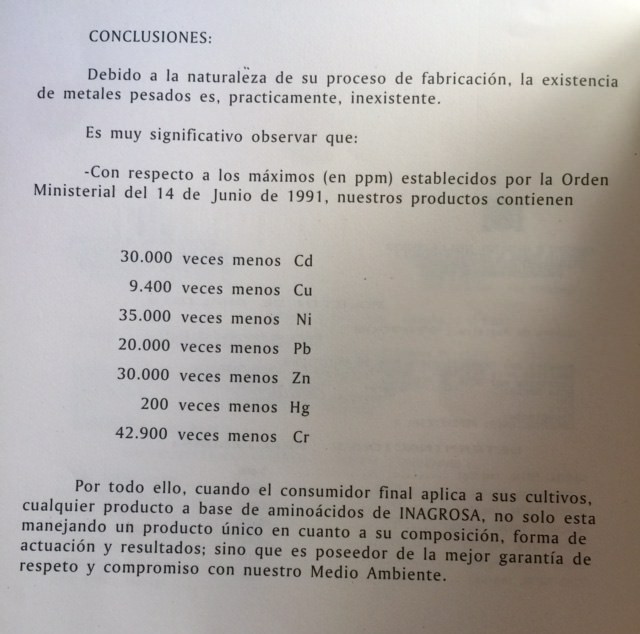 IThroughout this first regulation regarding the sales of amino acids, Inagrosa collaborated ver closely with the Ministry of Agriculture providing ample documentation and results. Until then all these products were in a kind of “no man’s land” along with foliar products and correctors etc. Thanks to this regulation, the origin of Inagrosa products was recognised for the first time guaranteeing the consumer much greater clarity when making a final decision as to what to buy. 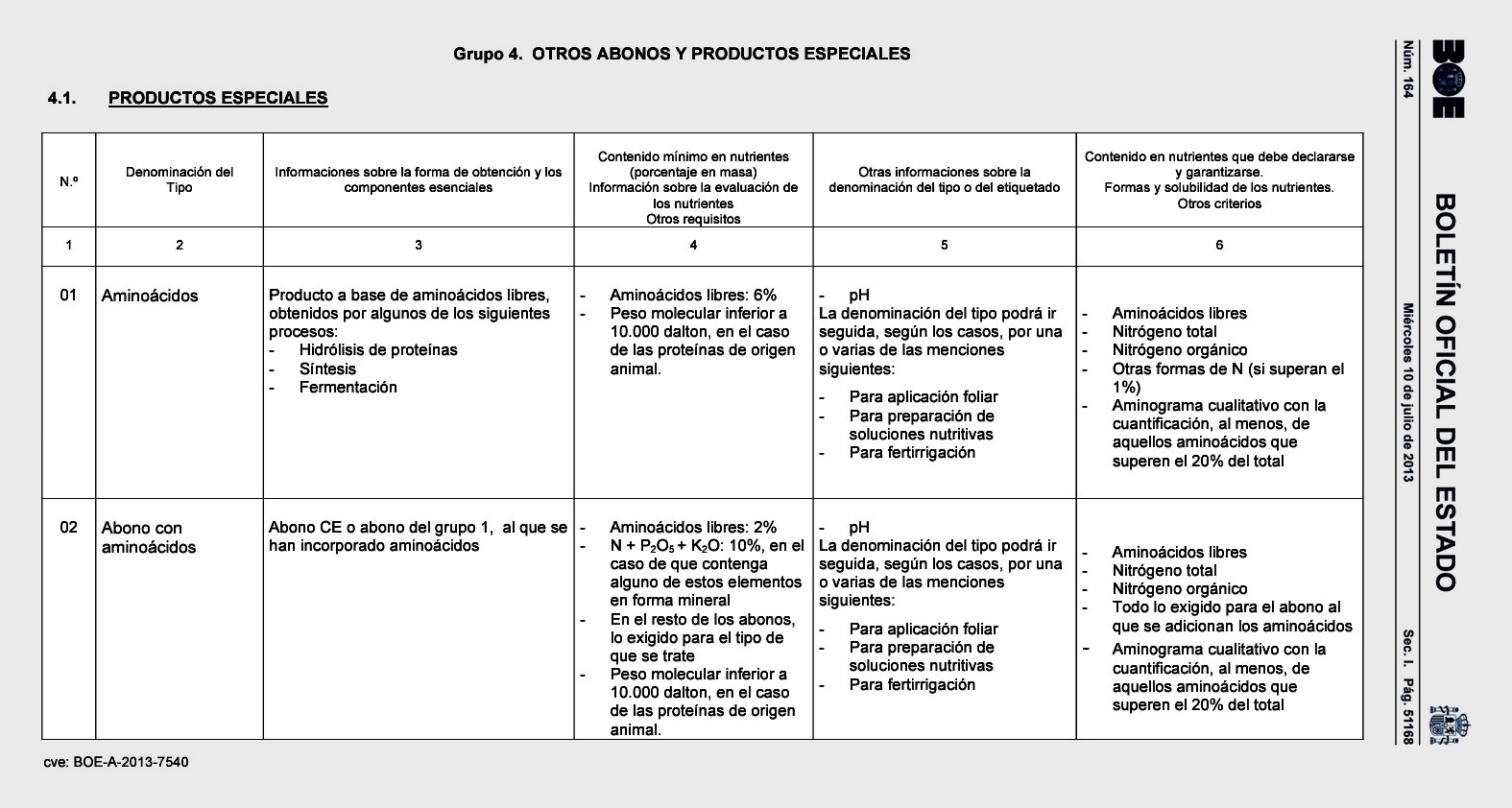 After numerous experiments with our active material had been carried out at several leading universities, Inagrosa decided to include a new product into its catalogue directed at the fishing and animal livestock industries.
This product, known as AMINOBIOL was incorporated as a “premix”. 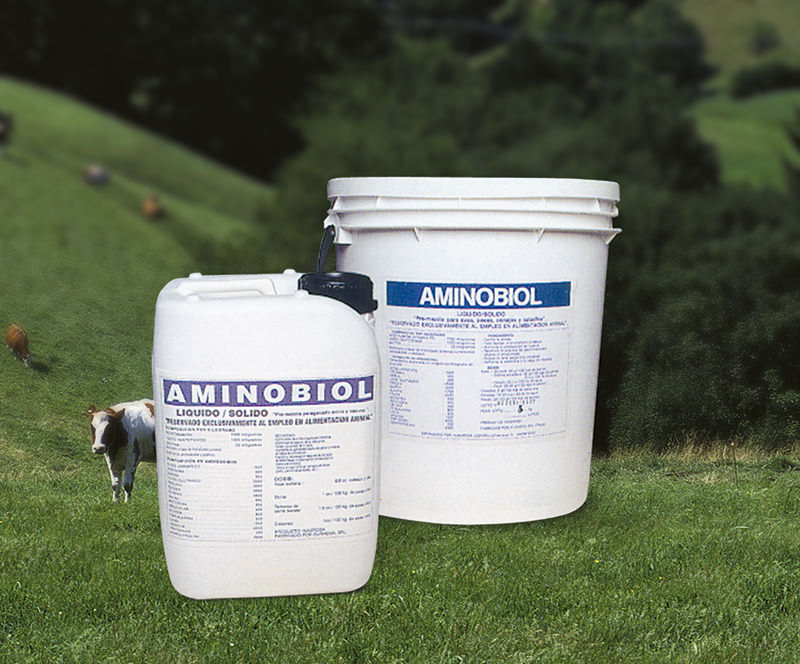 Inagrosa received environmental certificates for all its products from the Ministry of the Environment becoming the first ever company to do so. These certificates guarantee the absence of risk for the environment when using our products.

With the birth of the new millenium and to celebrate our 25th anniversary, a corporate video was published showing the assets and equity of the company. 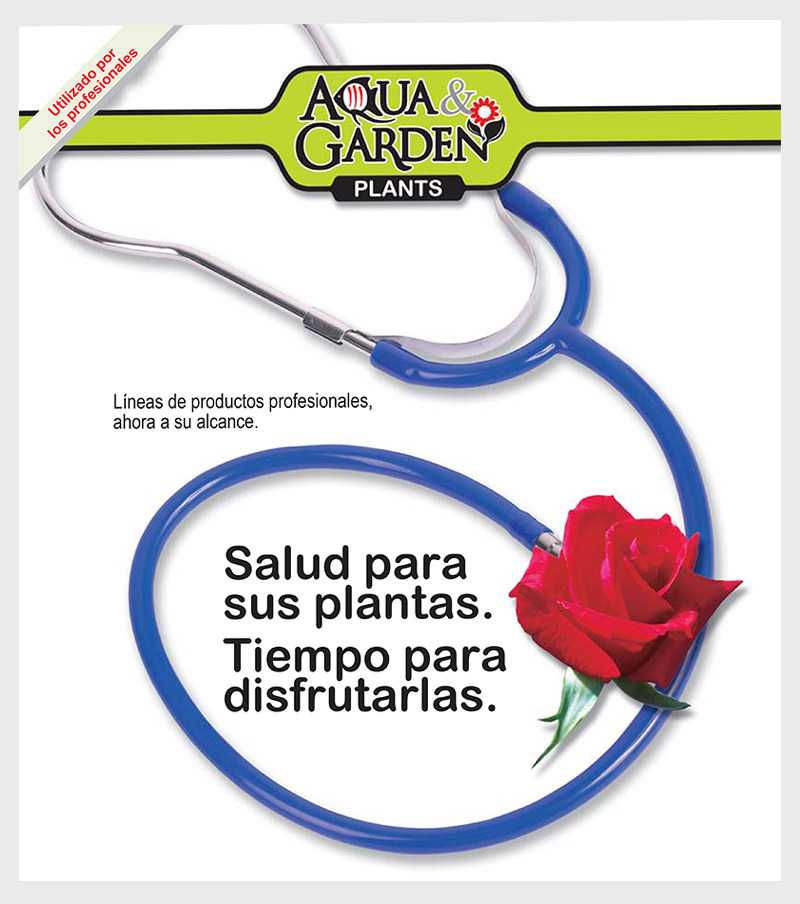 Inagrosa creates the Aqua & Garden range for gardening (for both land and aquatic plants).
Also under study is the range for pets (animals and fish).

Prof. George Kvesitadze from the Institute of Plant Biochemistry in Tbilisi, Georgia (one of the greatest scientific teams in the world specializing in plant genome) signed an agreement with Inagrosa covering collaboration and experimentation which continues to the present day.”In 2008, on the occasion of his visit to Spain to take part in an EU funded project at the University of Murcia, Inagrosa dedicated a special tribute to this man”. 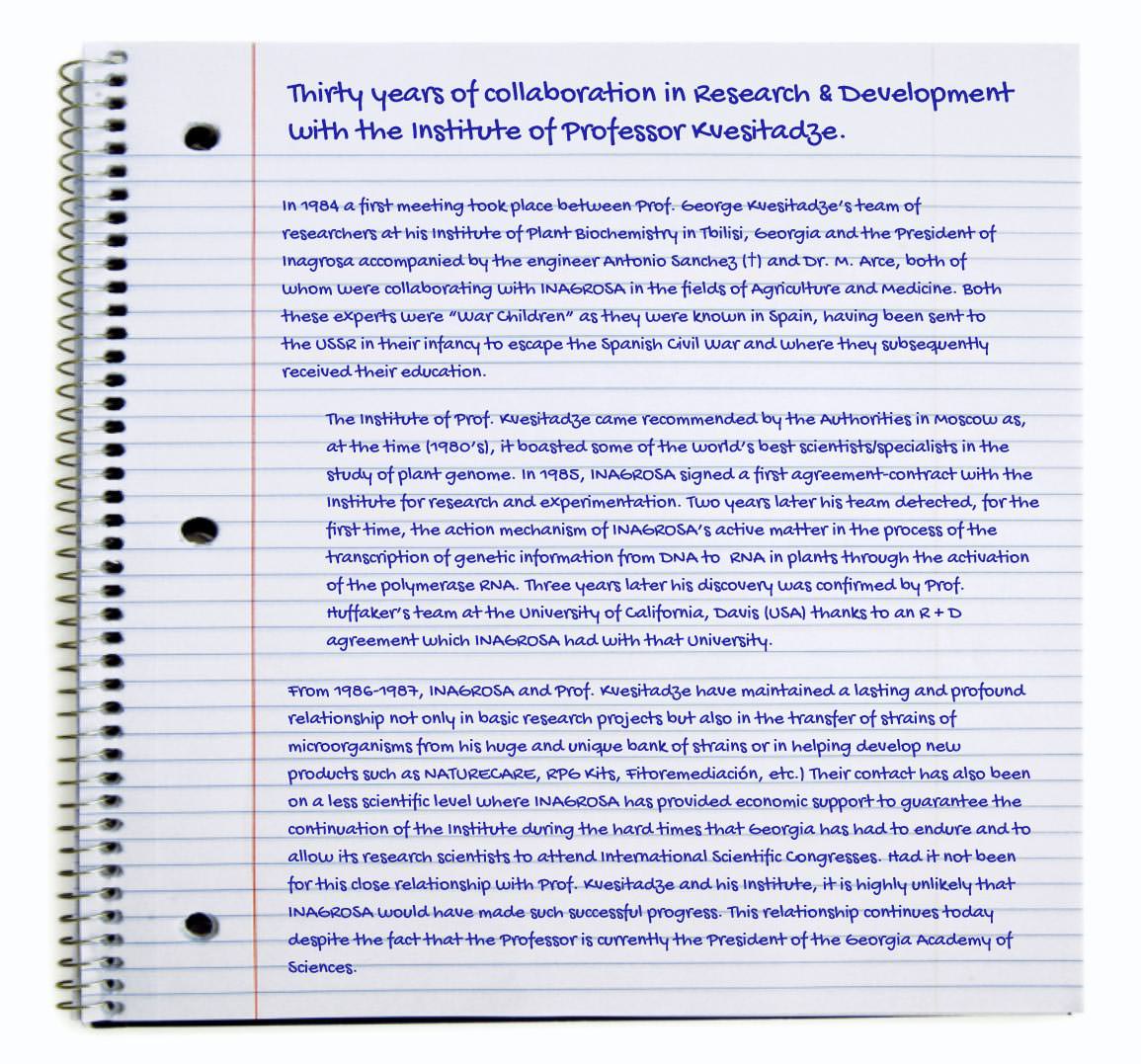 In 2010 and as a result of several years of collaboration in R&D with Chinese and US companies into Precision Agriculture and Artificial Intelligence, INAGROSA approves a budget to do trials on fruit and vegetable crops in the area around Cheste (Valencia).
For these experiments, the most advanced drones available between the period 2008-2010 were deployed along with already tested procedures in precision agriculture and a specific module of artificial intelligence which observes the effects of climate change on agriculture. In 2011 and 2012, these tests continued in Spain and Argentina.
Later, from 2013 to 2015 tests began , using state-of-the-art VTR robotic drones, on vast areas of cultivation in Argentina (peanuts), U.S.A. (peanuts and soyabean) and China (peanuts and vegetables) in an effort to regenerate soil using the NATURCARE product and the rest of INAGROSA’s ultra rapid absorption foliar nutrients. The results obtained were such that our Chinese partners reported that: …”INAGROSA biofertilizers and their ultra fast absorption by crops provide the necessary link to achieve maximum efficiency in the highly robotic precision agriculture of the future.” 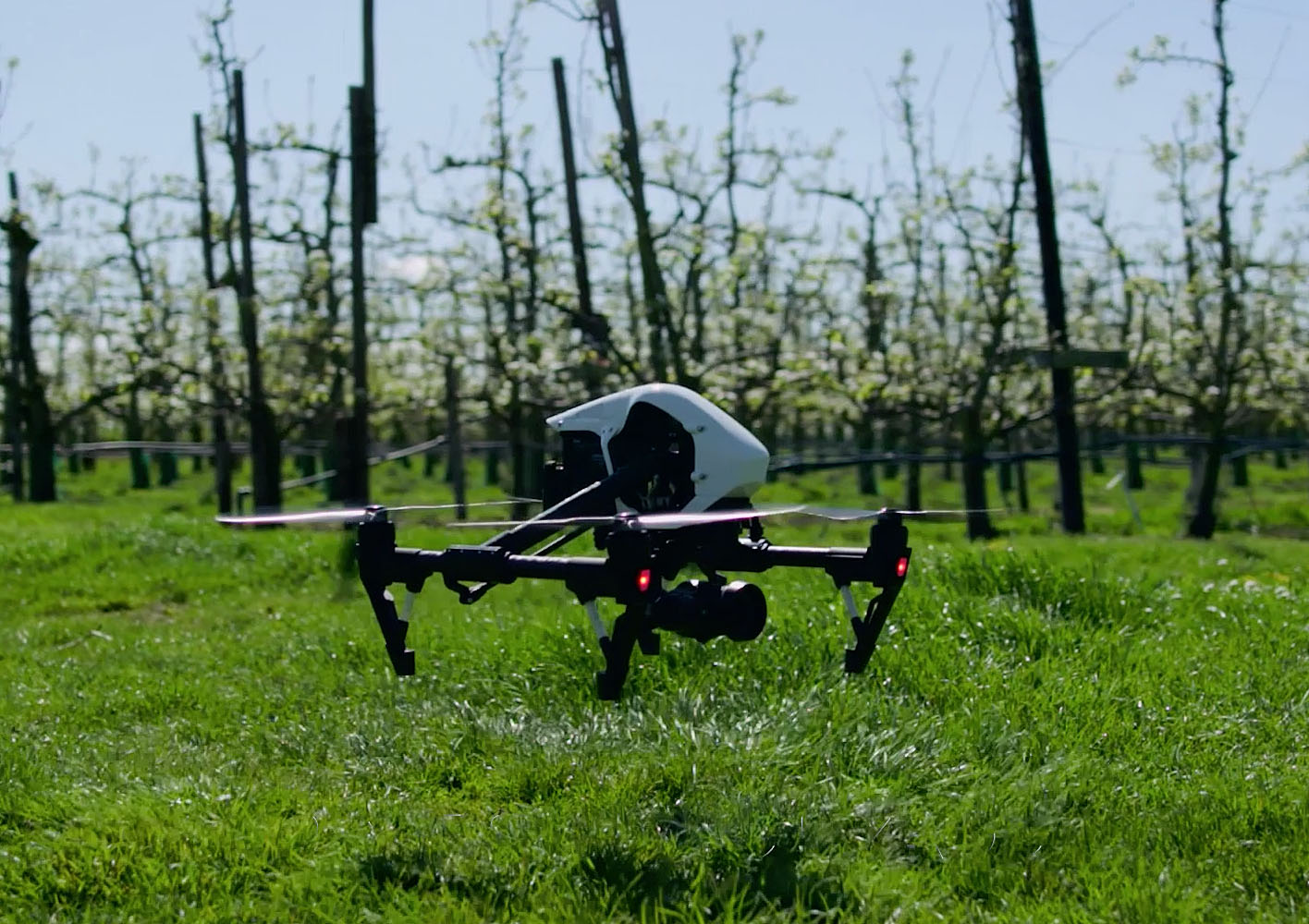 In 2014-2015 the first official report was drawn up, albeit confidential, regarding the project carried out by INAGROSA in collaboration with our technological partners from Asia and certain international environmental agencies concerning the methods to useand the actions to be taken by governments and the owners of forest concessions in the rainforests of Central Africa (Gabon, Cameroon, Congo, Guinea) to preserve and revitalise the rich and, in many cases, unique, forest wealth, biodiversity and plant (and animal) species which are at risk of disappearing through both natural causes and human activity. 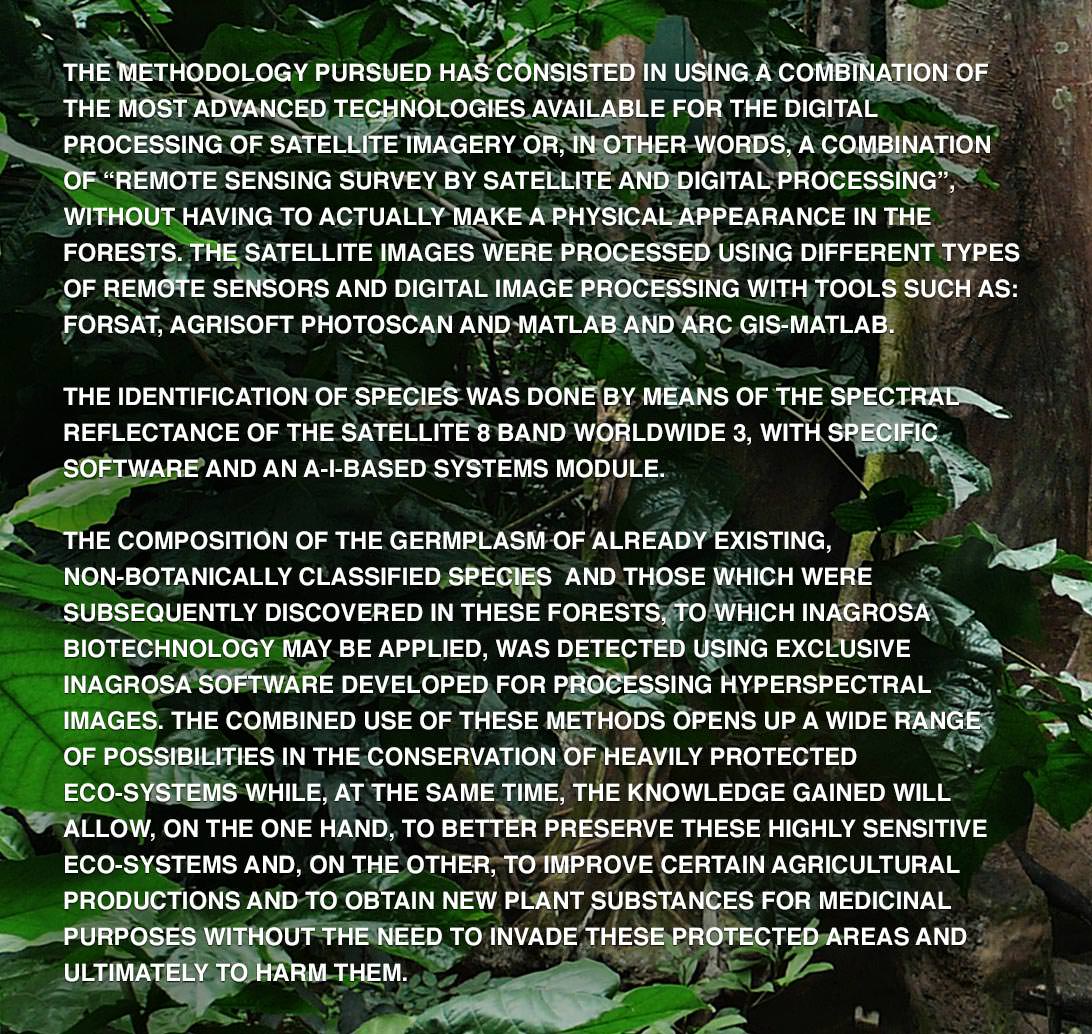 Laboratory and field tests with crops in spring and winter (wheat, barley, soya, sweetcorn etc.) were conducted in Russia with the invaluable collaboration of Russian universities and scientists in perfecting the production process. This new range of products is all set to revolutionize 21st century crop fertilization and sustainable farming, thanks to its affordable prices, high nutritional value and eco-friendly properties. INAGROSA is starting to work on this technology’s commercialization through franchises for the owners of zeolite deposits or manufacturers of zeolite by-products for industrial use, in addition to their direct distribution through its sales network.